We have been extremely fortunate to start off 2022 with the support of many different fundraisers raising funds towards the continuation of our mental health programs and services.

If you’re ever interested in hosting a community fundraiser or donating a portion of sales from a fundraising initiative to CMHA Calgary, please fill out our Community Fundraiser Form.

For each shake sold, REGRUB donated $2 towards CMHA Calgary. Thank you REGRUB for your generosity and supporting CMHA Calgary. 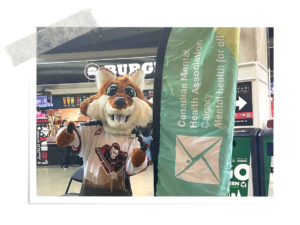 Originally launched in partnership with the Canadian Hockey League (CHL) in 2016, CMHA’s Talk Today program is a mental health initiative that targets young athletes across Canada. Its purpose is to raise mental health awareness through mental health education. Players are taught healthy strategies to nurture and maintain positive mental health on and off the ice.

This year’s #TalkToday hockey game on February 27, 2022 at the Scotiabank Saddledome brought back in-person attendance! Thank you to the Calgary Hitmen for including us each and every year to talk about the importance of mental health in our sports community! 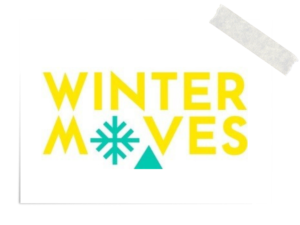 Run Calgary’s Winter Moves Challenge encouraged participants to move outdoors for a total of 80 hours in 90 days between the first day of winter (December 21) to the first day of spring (March 20). Whether it’s running, walking, hiking, snowshoeing, cross-country skiing—participants in the Winter Moves Challenge moved for their physical and mental health raising $3,027 for CMHA Calgary! 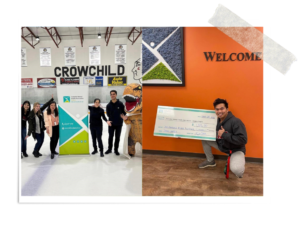 As part of their Project Management course held at SAIT, a group of students, called Unagi, held an ice skating event in awareness and support of CMHA Calgary.

Hosted at the Crowchild Twin Arena, the Unagi team raised $1,316 through entry fees, drink and snack sales, as well as personal donations.

Thank you for your support Unagi! 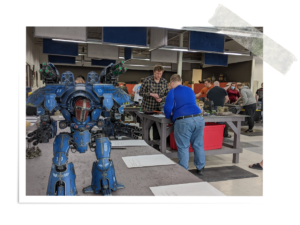 The $800 raised for CMHA Calgary was organized through silent auctions and raffles.

Thank you for raising awareness about men’s mental health! 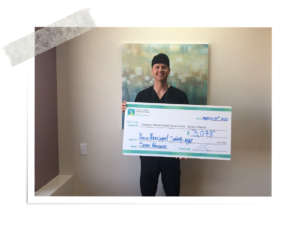 Sean Freiberg once again chose to donate to CMHA Calgary by selling calendars featuring his photography.

Thank you Sean for your passion! 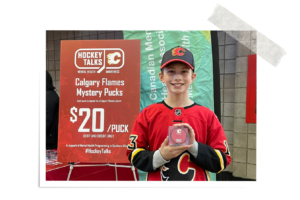 Since its inception in 2012, the Hockey Talks campaign has inspired and encouraged conversations about mental health among young, and professional athletes, as well as fans of the sport.

In collaboration with our community member, Calgary Flames Foundation, CMHA Calgary is one of many Calgary-based mental health agencies that has benefited from the Hockey Talks initiative.

As part of the annual project, the Calgary Flames hockey team dedicates one of their regular-season games to raising awareness about mental health and the stigma associated with mental illness.

Battling against the Los Angeles Kings, the #HockeyTalks game was held at the Scotiabank Saddledome on Thursday, March 31, 2022. Our team sold $20 mystery pucks signed by the Calgary Flames players to fans before the game and sold out just minutes before puck drop!

We cannot express how much we appreciate the continuous generosity from our local community members to support local mental health programs.

Stay tuned for our next blog post showcasing even more incredible community support!

Our Peer Support program services can be accessed over the phone at 403-297-1402 or through email at peer@cmha.calgary.ab.ca. We have teamed up with other Calgary agencies to help Calgarians quickly and easily access various counselling and social supports. Visit www.communityconnectyyc.ca, where you can book online for our Suicide Bereavement and Family Support Counselling, and other supports. If you prefer to still book through us, please phone (403-297-1708), or email (counsellingintake@cmha.calgary.ab.ca).

Sign up for our newsletter to receive news and information from CMHA Calgary.